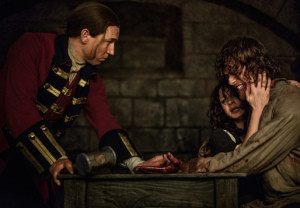 Here is a LIST of my favorite episodes from Season One of "OUTLANDER", STARZ's adaptation of Diana Gabaldon's 1991 novel and literary series of the same name. Developed by Ronald D. Moore, the series stars Caitriona Balfe and Sam Heughan.
Collapse